Tip of the Week: 10 Google Easter Eggs to Get You Through the Workday

Perhaps one reason why Google is so popular is because the company knows how to have fun and not take themselves too seriously. One way that Google shows us their silly side is with Easter eggs they’ve incorporated into their search engine. Here’s a list of ten of our favorites.

To access these Easter eggs, you first have to go to Google.com, and then enter the following in the search form:

Type “Atari breakout” and click Images
Doing this will transform your screen of images into a playable game of Super Breakout, complete with music and a score counter.

Type “Askew”
This will tilt your screen. Don’t worry, your browser isn’t broken. It will return to normal after you leave the page.

Type “Festivus”
Festivus is a made up holiday popularized by the television show Seinfeld. Actually, Googling “Festivus” will tell you preciously what the holiday is and what it’s about, as well as display a fun Festivus pole to the left of the search results. A Festivus pole isn’t anything fancy (it’s just an aluminum pole that stands upright), which is why it’s such a fitting symbol of the holiday.

Type “Google in 1998”
Doing this acts as a time machine that will transport your Google search back to the way things were in 1998.

Type “Zerg rush”
In another nod to video games, Google transforms the search result into an offensive attack by Google letters, characteristic of the Zerg race from the popular game StarCraft. Only you can stop the assault by clicking multiple times on each letter until it disappears, which will only cause more Zerg-like Google letters to appear. For this egg, you’ll also see a handy score counter on the side.

Type “flip a coin,” or “roll a die”
Each of these search results will provide an animated coin or die that will give you a random result once the page has completed loading. It’s handy for decision making when you can’t get ahold of the real thing.

Type “[actor’s name] Bacon Number”
This is in relation to the game “Six Degrees of Kevin Bacon,” not the food. As you may recall, this game involves trying to figure out how many films separate the actor from another film that Kevin Bacon has acted in. Admittedly, having Google automate this game kind of takes the fun out of it.

Type “fun facts”
This will bring up a random fact card with a bit of trivia to boot. This is a stimulating way to satisfy a moment of curiosity, or turn time with friends into a trivia game.

Type “The answer to the ultimate question of life the universe and everything” (no punctuation)
Fans of The Hitchhiker’s Guide to the Galaxy will appreciate this one. The answer, of course, is 42.

Type “Google Pacman”
One last Google game for you. Entering this into Google will display a pop-up screen with a playable game of Pac-Man. Google made this as a doodle to celebrate Pac-Man’s 30th anniversary in 2010 (costing the US economy $120 million in lost productivity, or 5 million wasted work hours) and the game has stuck around as fun Easter egg ever since.

These are our top 10 favorite Google Easter eggs, there are actually many more to be found. Can you think of one or two eggs that we didn’t go over? Share them with us in the comments!

Bonus egg: “Do a Barrell Roll!”

More posts from author
Wednesday, December 01 2021 What Happens to a Recycled Computer?
Monday, November 29 2021 Our Technicians Can Deliver A Lot of Value
Friday, November 26 2021 3 Practical Uses for Blockchain Technology 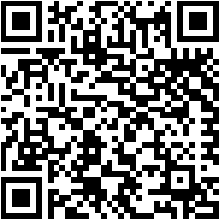